ANONYMOUS GET ON ELON MUSK’S MIND GAME ON BITCOIN 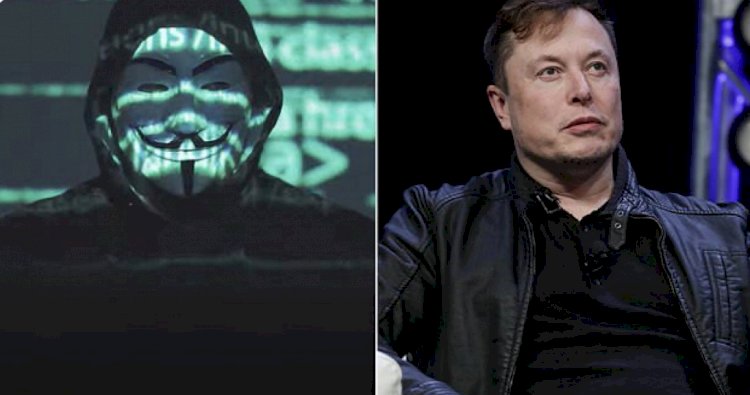 Hacking group Anonymous issues lengthy YouTube threat to Elon Musk for ruining small Bitcoin investors' dreams. But on a serious perspective, ehat do they even do? Everybodys so amazed about anonymous but nobody see or hear of them doing anything but make cringe warning videos.

They claim to hack any computer, drive or server on the internet. Some company or private secrets may be damaging enough. Majority The ones making videos are posers. Anonymous back in the early 2000s said that they are not in any social media. And the rumor was that some got caught and the "group" went seperate ways. Whoever is trying to say otherwise is just another "want to believe" fanatic.

They helped exposed criminals,  they helped providing justice to girl who was gangraped in America.  They don't do illegal stuff, they are ethical hackers.  Whatever they said in this video is 100% true. They believe Elon Musk deserves a punishment simply because he has run some portfolio dry, over 50% of crypto users have fallen victims of his recacerant tweets.

It seems Anonymous isn't an actual centralized group, it's just a name used by anonymous people online, from actual hackers to edgy 13 year olds. Theres a list of some of the things people have done under the name in its Wikipedia page.

THE LOOMING END OF CRYPTOCURRENCY IS FAST APPROACHING

HOW THOMAS TUCHEL FLAUNT HIS STRENGTH IN THE FA CUP FINAL