The governor of Bauchi state, Barrister Mohammed Abubakar, has described the federal government’s bailout funds for states as a mirage. 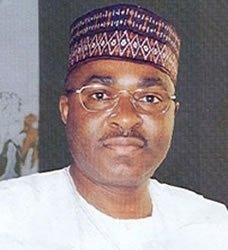 The governor of Bauchi state, Barrister Mohammed Abubakar, has described the federal government’s bailout funds for states as a mirage.

Speaking with Daily Trust yesterday, August 24, the governor said up till now, he had not received the bailout fund for his state from the designated bank.

Governor Abubakar said: “Bailout has turned out to be a mirage, actually. I am not criticizing the federal government, they meant well, they had a good intention to do a bail out, but they realized that they too needed a bail out. They just don’t have the money to do a bailout.

“So, after all the talks, all the grammar and everything, I was a member of the committee of four that discussed with the governor of the Central Bank after the last but one FEC meeting in respect of this bail out. All the promises did not materialise, at the end of it all, we were asked to nominate banks. And when we nominated the banks, we thought money was going to be paid into the accounts in the banks but at the end of the day, letters were written by the Central Bank to the banks to avail us with soft loans as a bail out.”

According to him, he opened an account separate from the government account and was able to save some money, from where he managed to make up one month’s salary and paid it before Sallah.

After that, the governors were able to get some money from the federation account and he dedicated the entire sum to paying another month’s salaries.

“So, when the new government came in, they now got a full disclosure from the NNPC that we have this $2.1 billion to be shared and it was shared and I then devoted the entire money. You have read some allegations about some states that used it to buy some other things but I used the entire amount I got into paying salaries,” he added.

President Muhammadu Buhari had approved a bailout for states that owed workers’ salaries and entitlements.

More than a quarter of the 36 states were reportedly owing workers’ salaries, with arrears said to be over N110 billion. Some of the states with the worst debts include Osun, Rivers, Oyo, Eki­ti, Kwara, Kogi, Ondo, Pla­teau, Benue and Bauchi.

The Labour Party of Nigeria (LP) had described the situation as worrisome and worse than the Boko Haram insurgency, adding that the situation in Osun and Benue states called for a declaration of a state of emergency.

NIGERIAN AIRWAYS PROJECTED TO FILL UNEMPLOYMENT GAP UPON OPERATIONS NEXT...

BIDEN VOWS PUTIN WILL PAY A PRICE FOR ELECTION INTERFERENCE