The #EndSARS protest exposes a lot of Nigerian politicians incompetences and corrupt practices largely. This doesn't go down well with them. Their means of fighting ack is to turn against the citizenry and #Endsars participators around the country. 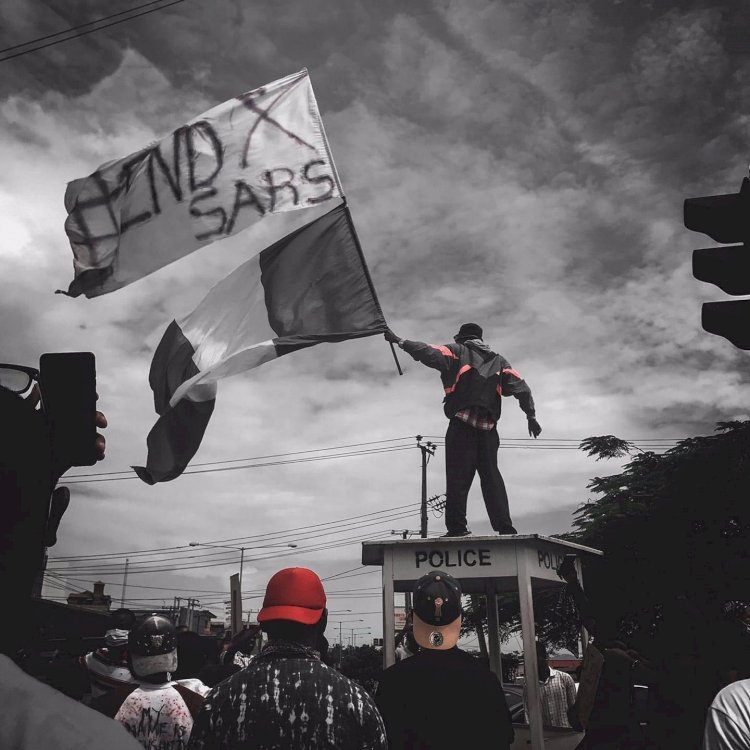 The #EndSARS protest has exposed a lot about Nigerian government, politicians and their incompetences and corrupt practices have been placed on the front burner which of course doesn't go down well with them. There means of fighting back is to turn against the citizenry and #Endsars participators around the country

Right now, a lot of harassment is going on in Nigeria. Fundamental human rights remains a strange connotation in the country's space, it governments are violating individual rights in every possible way and nothing is done about the ills and anomalies in a country of over 200million people. The #EndSARS struggle was perceived by the government as a dilemma that must be crush and dismantled.

People are actually been picked up, arrested, detained & tortured for speaking out against injustice and impunity even after the protests have been halted. Some people are been targeted to take the hit for the protests, but unfortunately so, enough attention isn't even directed at the unwanthom behavior by the government and it supposed security apparatus. Earlier on Monday, about 300 innocent youths being kept at Area C police station, Ojuelegba illegally for over two weeks have been transferred to Kirikiri maximum prison without fair hearing or trials.

Its imperative that the people starts fighting for their own, arrested individuals are not governments favorites, but the masses spokesmen and agitators seeking for a better country not for themselves alone but for everyone that the hardship and the corrupt situation of the country is affecting negatively.

Our culture and government structure seems to breeds so much room for dysfunctions and dysfunctional element. The psychological trauma that emanates from being born in the average Nigerian family is traumatic and largely unprecedented for an individual seeking a better life for his and generations to come.

THE DEPLOYMENT OF SECURITY OPERATIVES TO KATSINA: A LATE ATTEMPT TO RESCUE...

THE EFFECTS OF SECOND HAND CARS ON THE AFRICAN ECONOMY