HOW LAGOS STATE PAID COMPENSATIONS TO VICTIMS OF POLICE BRUTALITY 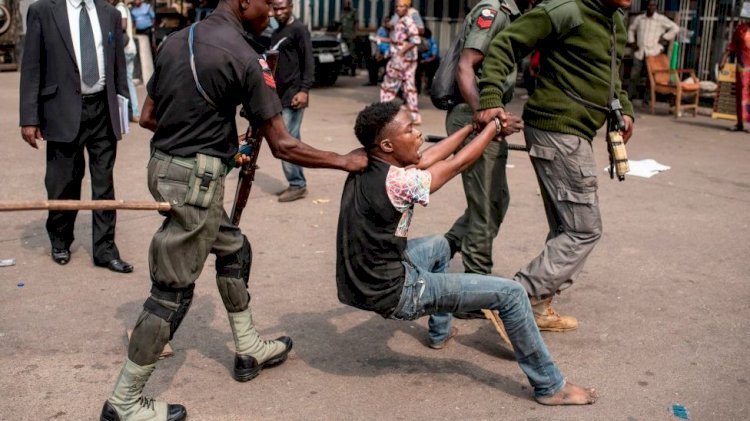 The Lagos State Judicial Panel of Inquiry on Friday awarded a total of N91 million naira as compensation to 16 petitioners for the brutality, harassment, extortion and extrajudicial killings of their loved ones by police officers.

The panel chairperson, Doris Okuwobi, while handing out the cheques to the victims, said it is part of the gesture of the state government to ease victims of pain suffered from the hands of brutal police officers.

Five petitioners were awarded N10 million each as compensation over the extrajudicial killing of their family members.

One of the beneficiaries of the compensation, Felix Lucky, earlier narrated how his brother, Paul Lucky, was killed by a police officer attached to Ilasan Police Division, Jakande Estate, on October 20 last year.

The alleged officer, whom he identified as John Dagbo, allegedly shot Mr Lucky, dragged him around Jakande estate and later took his body to the police station, denying his family members access.

Mrs Okuwobi, while giving the decision of the panel, said the petition is meritorious and an award of N10 million as compensation was given. The family of Charles Otoo also narrated how he was shot by officers attached to Ojodu Police Division in the evening of October 21 last year.

Sunday Shoyemi, a consultant pathology at LASUTH, also confirmed to the judicial panel that a bullet was extracted from the body of the deceased.

The panel awarded N10 million as compensation. One petition did not receive any compensation because it was lacking in merit. It was dismissed by the panel.

A petition was also struck out because another petition on the same matter was filed by the police.

REACTIONS ON CAITLYN JENNER AMBITIONS TO RUN FOR CALIFORNIA GOVERNOR

SCHOOLS SLATED TO OPEN ON AUGUST 4