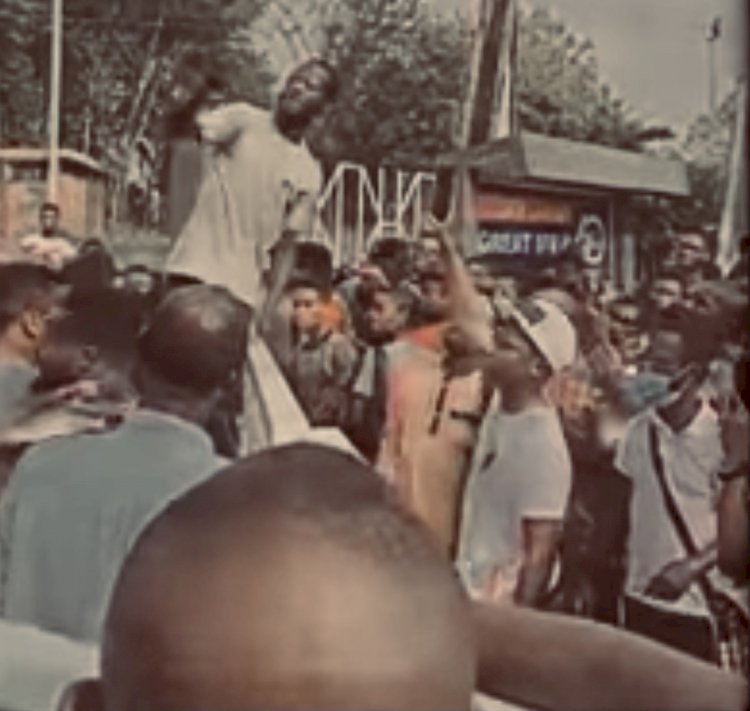 Some indigenes of Ile-Ife, has protested on Thursday against the appointment of Professor Adebayo Bamire from the department of Agricultural Economics as the 12th Vice-Chancellor of Obafemi Awolowo University, Ile-Ife.

The Governing Council of OAU announced Bamire as the successor of Prof. Eyitope Ogunbodede present the VC of the university.

The Pro-Chancellor and Chairman of Council, Chief Owelle Udoji, who made the announcement, said Bamire’s appointment is effective from June 7. The post was contested by 16 candidates and the selection was witnessed by the representatives of the Federal Character Commission.

However, the protesters argued that an indigene of Ile-Ife should have been appointed. The protesters gathered near the Centre of Excellence, venue of the press conference before the announcement.

After Bamire was announced as the VC-elect, they began to protest and shut down the campus main gate. The shutdown left workers and other visitors sranded on Thursday afternoon, with prompt instructions to workers not to show up for work the next day.

Bimbo Afolabi, who spoke on behalf of the protesters, described the appoinment of a non-Ife indigene as the VC as “unfair”.

He said, “It is an insult on us that after 61 years, they deemed it unfit to appoint or to elect any of our sons. We are not particular about Ife. Ipetumodu, Lorigbo, Modakeke, and anywhere in the land.

These are the strict warnings of the leader of the protesters on Thursday.

PRESSURE MOUNT AS BORIS JOHNSON FACES ANOTHER ALLEGATION ON BREACHING...

HOW VOTERS CAN MAKE A STRONG STATEMENT THROUGH THE POLL