The fugees get back together with a tour after twenty five years of their last album the score. 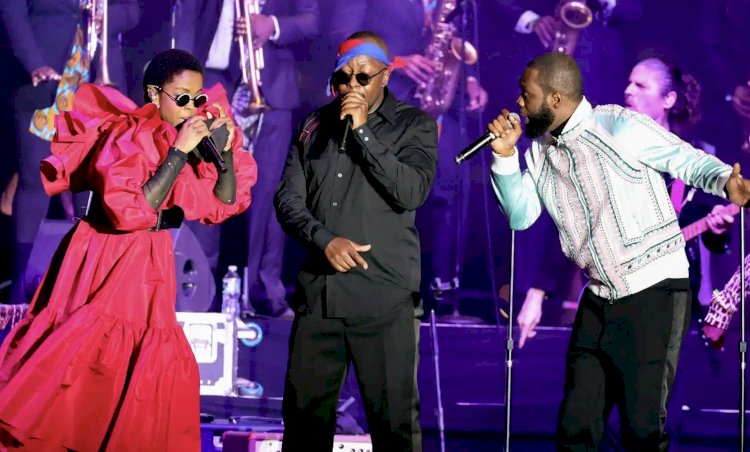 Lauryn Hill, dressed in a red frock that flounced as she performed, the rapper, singer and musician told the eager but weary crowd: “Respect the miracle. Respect the miracle of this union” three and a half hours later than billed.

High above the shores of New York City at Pier 17’s rooftop venue, she and her Fugees group mates Wyclef Jean and Pras reunited on stage for the first time in 15 years, a “secret show” put on by Global Citizen.

The performance, which took place during the 25th anniversary of their famed second and final album, The Score, seemed to be a preview of the group’s upcoming, just-announced 12-city international tour.

The rap trio performed their hits like Killing Me Softly, Ready or Not and Fu-Gee-La for the excitement of their fans and the performance itself was energetic and lively, albeit short.

They notably did not perform any of their solo hits, perhaps due to the time crunch created by their own tardiness. But it was evident the group had a mutual respect for each other on the stage, something they even seemed to admit was hard won.

HOW TO MAKE NIGERIA GREAT AGAIN : A UNDP Excerpts.

SCHOOLS SLATED TO OPEN ON AUGUST 4