THE IDIOCRACY OF AN IRRESPONSIBLE GOVERNANCE

The continuous emergence of bad leaders in any country of the world could be attributed to it citizens, there's a general believe that the people are as good as the leader they choose to govern them. 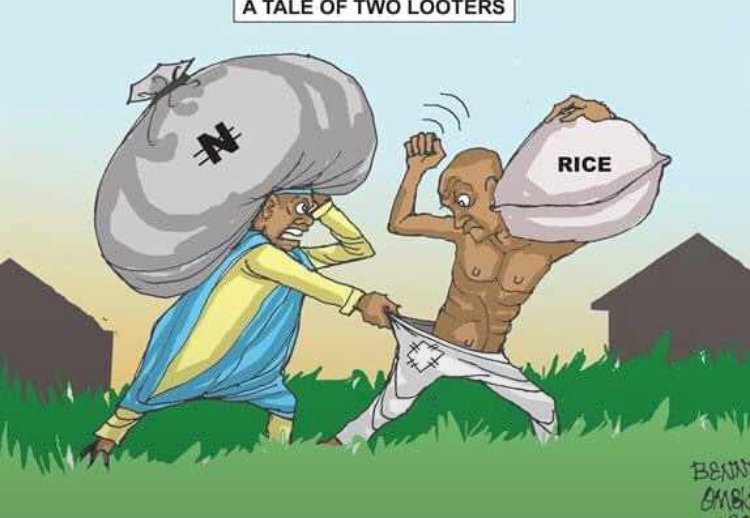 The continuous emergence of bad leaders in any country of the world could be attributed to it citizens, there's a general believe that the people are as good as the leader they choose to govern them. If the government is generally bad, it automatically translate to the fact that the citizens are generally bad too. If citizens couldn't trust their government because of repeated rape of their fundamental human right, it also translate that the people didn't hold their fundamental human right in high esteem.

The Nigerian government are not trusted basically due to lip service especially at all level of governance because the main core of governenace in the land lacks authority and value. A look at the horrible state of the nation goes a long way to the conditions and state which the country is at a particular time with governing power which is allocated to it at the time.

The decay visible in the entirety of the nation is glaring for all to see, for the past six years, Lagos/Ibadan has been under construction, all we see is a mirage of Julius Berger presence and RCC all year round with snail pace execution of major reconstruction of a very busy, industrial road. The government at all levels has lied to the citizens for the past 60yrs without conscience. The people on the other hand exercise unwanthom patience and conviniently endure the hardship the process cause on the road day after day for the past seven years.

The continuous strike of the academic staff union of universities which in return truncate the process of and progress of the Nigerian educational system and it student is a telling tale of how badly infected the citizens are. In all of ASUU's struggle, there has never been anytime their strikes have largely bother on the deteriorating state of the educational system, rather it's always on personal gain and individual aggrandizement. Only when their children school with us in our public schools from start to finish. That alone will prove their sincerity else forget it. It's the same old story.

Trusting Nigerian leaders to perform their sworn in duty is like trusting the devil to change his ways after a tirade of gospel sermon, what has years of trust fetched the nation, Nothing, no electricity, no good road, no jobs, no security to mention but a few, rather it continually degenerated from bad to worse. They took citizens sweats in tax and give nothing in return to live by. Nigeria Government is the definition of a full blown author of mischief.

All the federal, states executive agencies are colossal liars, anything they do there must be cover up, the palliatives meant for the masses to cushion the effect of the lockdown are hoarded, peanut funds meant for the public is always diverted into personal pockets. Trust is dead, who is the role model of our leaders in government, which developed country are they truly looking up to, because its difficult to really see any evidence that shows we want to be like US, UK, China, even Singapore in the next 70 years.

These is a wake up call for the citizenry because they can't claim the leaders are bad if they continually give their mandates to those who will steal there future and that of their children to penury discount. A leader is as good as the people who put him or her in office is a generally known fact.

THE DEPLOYMENT OF SECURITY OPERATIVES TO KATSINA: A LATE ATTEMPT TO RESCUE...

THE EFFECTS OF SECOND HAND CARS ON THE AFRICAN ECONOMY