TODAY IN CHRISTIAN HISTORY AND THE PAGAN ISHTAR 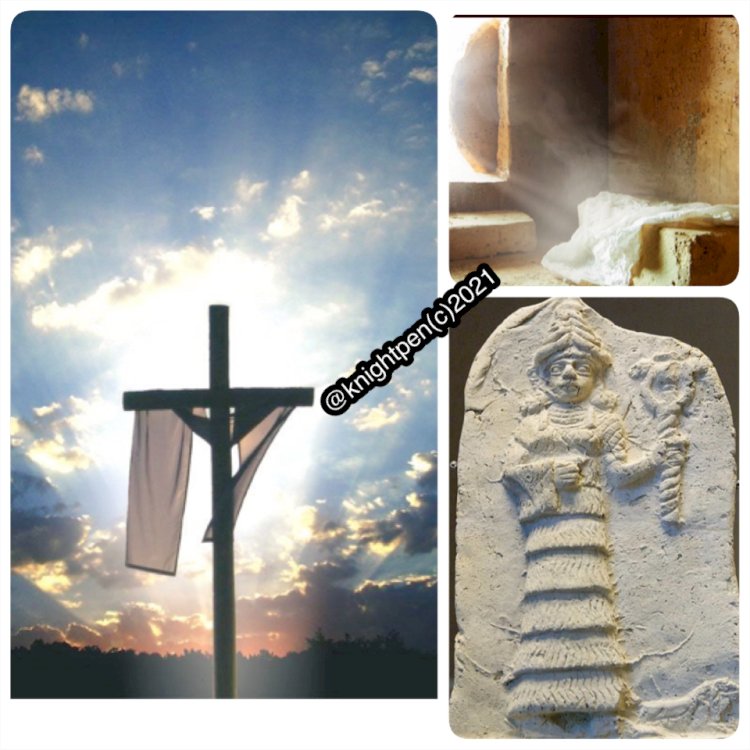 About 2000 years ago Mary Magdalene went to the tomb early Sunday to finish anointing Jesus’ body. What she saw that morning changed everything for all Christians. Jesus was not in the tomb. He is alive! -John 20:18.

So is the world’s first goddess of love and war, Ishtar, and her lover Tammuz. In ancient Mesopotamia, roughly corresponding to modern Iraq, parts of Iran, Syria, Kuwait and Turkey love was a powerful force, capable of upending earthly order and producing sharp changes in status. This ability was well suited to a goddess of love and war — both areas where swift reversals can take place, utterly changing the state of play.

But there are two mix up in this concept , there is a celebration called iztar it is a pagan celebration filled with pagan symbols of love, war and fertility while Resurrection is what saves believers. Some believe one of this stole from the other but what culture was this 'tradition' stolen from and what evidence are we relying on for this assertion?

Easter has nothing to do with Ishtar, or Eostre for that matter, they are two different entity, she was a made up goddess no one has ever found. The word comes from the direction "East", telling of the direction the sun rises from, and the direction Jesus will come again. But If she, a Goddess, was made up, what exactly is the "proof" that the Jesus story is not also made up?

Another explanations is that except it didn't happen at Easter which started as a pagan fertility festival to the Goddess Ishtar,  who's symbols are eggs and rabbits. The Church just hijacked it for their own ends. But it happened the people who could’ve prevented it from going down as recorded history if it didn’t happen never did. Yes when cultures come together, sometimes traditions commingle. But there was nothing pagan about Christ’s resurrection.

SOME NIGERIAN GANG UP AGAINST TINUBU ON HIS 2023 AMBITION

NOW THAT SCHOOLS ARE RESUMING, IS IT SAFE TO SAY THE WORLD HAVE CONQUERED...