A THREAD; WHAT IS THE APPROPRIATE PUNISHMENTS FOR CONVICTED RAPIST

The photo below inspires these thoughts and brought about a question of what better way to handle rapists, left to me, they are the worst of human that ever lived and they deserve any form of punishment melted unto them. This protest banner spark a rather different thought. 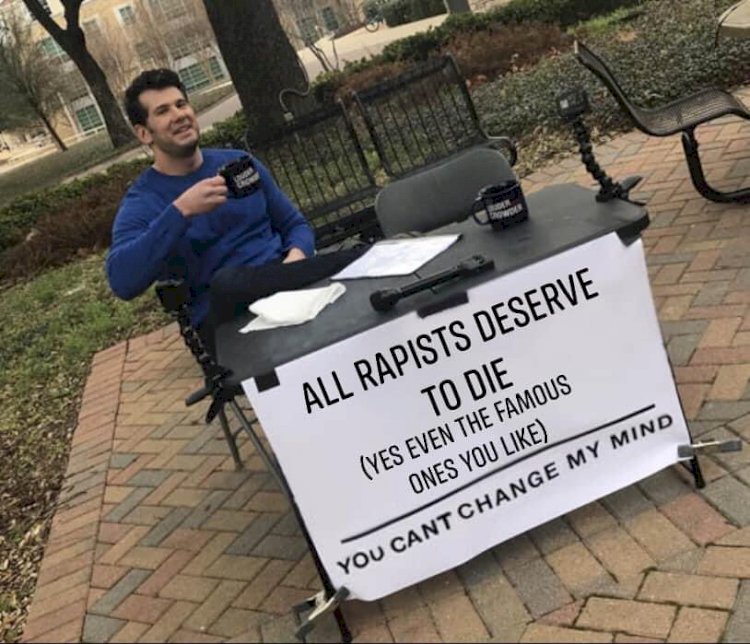 The picture above speaks volumes, but someone raised a pivotal point which subsequently generated a lot of reactions. The point in as much as you want all rapist to die, i can guarantee though that you don’t agree with the death penalty☺️ A prompt reaction that follows is; My guy... why are you defending rapists?

He's defending people, actions don't represent someone. dont get me wrong they should go to prison fs buuuuuuuut nobody deserves to die just because of what theyve done. theres good in everyone, maybe not a ton, but some.???? Horrible take. John Wayne Gacy and Ted Bundy had good in them and I like them both much better in the ground???? Saying rapists deserve to die and agreeing with the death penalty are too different things.

The death penalty and hyperbole for men being accountable for their actions are completely different. Your point was a woman has a strong opinion concerning men and you feel the need to invalidate a woman’s opinions and feelings. Now stop squawking???? Erm, first of all, it’s got nothing to do with women. Second of all a woman has a strong opinion concerning men (I see a man in that photo below). Thirdly, I’m not invalidating a woman’s opinion, I’m disagreeing, or am I not allowed to?☺️ yes, it does represent. if you rape someone, you're a terrible person. but yea i think they should go to jail, one way worse than dying.

it’s a meme! take it with a pinch of salt. no i don’t believe in the death penalty. no i don’t genuinely believe rapists should be killed. i believe in prison reform. i believe in rehabilitation. the point of this to be provocative and point out how lax sentences are for rape.☺️ Nah they should be used for biological experiments turn them into lab rats that's what I think they deserve.???? Convicting some one and then putting be sentenced to death is in effect a cowards way out for such scum.  Put them in jail for a long time.  When they get out they`ll wish they were back inside or/and whilst they serve time, other inmates will find out why giving them hell.. 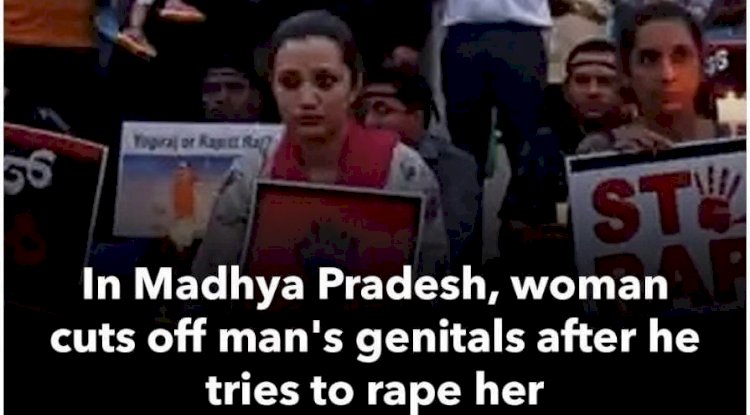 Not enough people talk about castration. It actually lowers their sex drive massively.???? I don't know about that. I won't say it wouldn't help but I'm scared too of the rapists that don't actually do it for the sex but for the power (a lot of them if not all). They could use anything else besides their dicks to commit the crime. A lot of them already do.???? Yeah, it's by no means a 'one and only' solution, but implementing it couldn't hurt really???? I believe that falls under "cruel and unusual punishment".???? Doesnt matter if its cruel, they deserve it

WHY NAOMI OSAKA WITHDRAW FROM THE FRENCH OPEN

MUSLIMS AROUND THE WORLD BEGIN THE HOLY MONTH OF RAMADAN