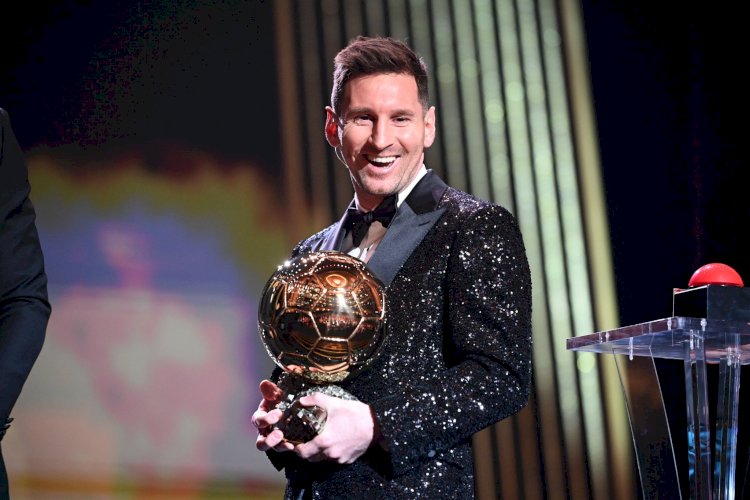 Lionel Messi won his seventh ballon d'or title in France tonight making him the only player in football history to achieve the feat.

A lot of football fans around the world believes Messi doesn't deserve the seventh tittle, it is believed that footballers like Roberto Lewandowski, N'Golo Kante, Jorginho are more deserving of the football accolades.

Although, Lionel Messi fans are very happy and couldn't hide thier feelings about the latest development and further have claims to justify and settle the GOAT claim amidst him and Cristiano Ronaldo

HOW ROBERTO MANCINI MASTERCLASS TOOK THE AZZURI’S TO EURO2020 FINAL

BIDEN VOWS PUTIN WILL PAY A PRICE FOR ELECTION INTERFERENCE