Pfizer and it German counterpart BioNtech has claimed the covid-19 vaccine which the combined pharmaceutical company has been working on was more than 90?fective in preventing COVID-19. 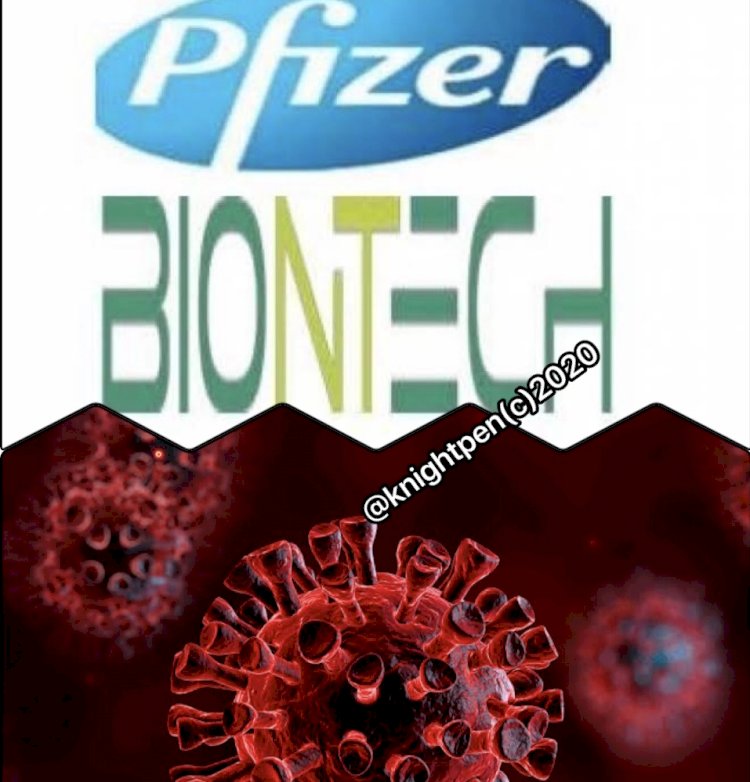 Pfizer and it German counterpart BioNtech has claimed the covid-19 vaccine which the combined pharmaceutical company has been working on was more than 90% effective in preventing COVID-19. The parent company made the announcement after the emergence of Joe Biden as the 46th president of the United States of America.

The companies is the first drugmakers to show successful data from a large-scale clinical trial, said they had found no serious safety concerns so far, and expect to seek U.S. emergency use authorization later this month. Sadly, the Trump administration's refusal to allow a smooth Biden transition to begin might significantly delay the vaccines from getting to Americans over the next few month and may result in the deaths of tens of thousands who could have been save in the United States.

Although, this is an encouraging news, but there are still questions about the duration of protection, because they only looked at 7/14 days post booster. Efficacy could be a lot lower after several months and subsequently result in a positive outcome of the said negative initial result of the deadly virus.

Hopefully, a 100% success will soon be available on the table for this discovery and the world could go back to it usual practices going into a new year.

THE AUTHORIZED MENACE ON HIGHWAY PATROL