This morning, we decided to bring you threads about south south, the decay and decadence in the region and what politicians have turned the region to...simply because of their selfish interests. 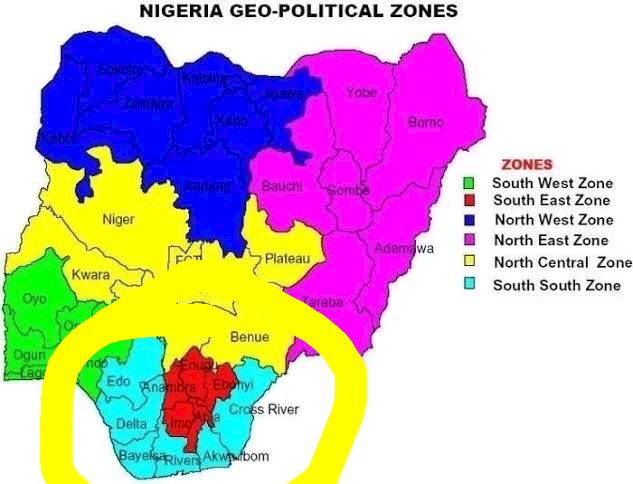 There are various a normalcies and cheat around the country Nigeria, but today, we decide to focus on south south and ring to you reactions on tweeps this early Sunday morning, enjoy it.

The men who are ministers for Transportation & Petroleum have no functional rail system & refinery in their states and region, South South. But they're building rail lines to Niger Republic, helping Niger fix their refineries so they will import & transport fuel back to Nigeria. But I don't blame the duo (Amaechi and Timipre), they're nothing but pencils in the hands of the bringer of Recession, General Buhari.

That's because it's not a northern conspiracy as they'll have us believe rather it's some men at the helm of affairs aggressively transferring the nation's wealth into their personal accounts and we have players from all tribes involved even the south south. South south? Lol.. I say this confidently,give them small money. Have they finished womanizing?! We are not ready!!

Sometimes I question where Asari Dokubo, Government Epkemulor and Ateke Tom are. Izon. Itshekiri. Urhobo. Kwale. Ibibio and the rest are never South South.  They accepted South South due to greed. Let us wait for North North. #Zamfara. Boss. We no even create south south. Na the north north give us south south. Just to make us thinner.

Oh really, now it has gotten to #Zamfara you asking if leadership exist in the country!!, it is time to join hands together and air our discontented with what is going on, all lives matter, South south, and Northern part of Nigeria. Same with our 2nd niger bridge and federal roads in the south south, we are all in this together, 2023 election they will share rice and 2k to our mothers and vulnerable ones to buy votes.

Mumu humble slave..all Igbo indigenes in igweocha are joining are joining us..watin way cause all this sabotages na Biafra war.. South south humble slaves.. Wen Biafra leave.. Unah go see Fulani real jihad terrorism..humble slaves.. Our oyel.As kids, we rode tires and pretended to give friends lift with it. How did we do it? Those friends held the tail end of our shirts and ran after us.That's how South East and South South are in Nigeria today. Hanging on, expending energy and not knowing what's going on.

I wonder y the south-south have sold their selves so cheaply to the north when the resources from there is what sustains the economy of this country. If this gov from the south-south knows their worth all these no nonsense will not happen. #restructureNigeria. South south dey fuck up... How can Zamfara state be control their Gold and south south can’t be in charge of the own natural resource...So 100% of zamfara gold belongs 2 d state while 13% of south south oil belongs d whole south south n they r even have oil reserves in diff northern states. If those toothless dogs who call themselves SS govs fail 2 get justice b4 2023 just know u r all slaves in this zoo country.

Resource control and payment of federal tax is what makes governance local. That's the systematic restructuring Nigeria needs. Each state should control there resources. South southWhy can't South South Governors, who all happen to be govern by PDP build just one refinery? But the want 100% resource control... Iberibe.